The disastrous manner in which Bangalore began the season, it is a miracle of sorts that their play-offs chances, if only slightly, are still alive

The disastrous manner in which Bangalore began the season, it is a miracle of sorts that their play-offs chances, if only slightly, are still alive. But, with three wins from 10 games, the reality is they still stand an outside chance. Punjab, in contrast, is at the fifth spot with 10 points, but their loss in the last game to Delhi in the last game would be hurting.

What would have pleased Bangalore most in their one-run victory over Chennai, in an ironic sense, is the fact that both Virat Kohli and AB de Villiers failed to make an impression. As such, the duo would be keen to make their mark in the remaining games.

The match-winning performance of Parthiv Patel would have pleased Bangalore no end. The little man's India days may be behind him but he remains a force to be reckoned with at the India T20 Cricket level. Not only did he play the lead role with the bat but also held his nerve to produce the run out after the MS Dhoni carnage, that made all the difference. 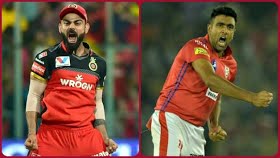 While Bangalore would be pleased with the result, they would know very well that their bowling remains a major cause of worry. The inclusion of Dale Steyn has certainly strengthened their attack. Still, the manner in which Dhoni mauled Umesh Yadav will force them to rethink the bowling strategy. Bangalore is at a stage right now where they cannot afford even a minor slip.

Punjab has had a middling season so far, oscillating between brilliant and not so impressive. It was the latter side that they showed against Delhi Capitals as they impressed with neither bat nor ball. Chris Gayle has continued to impress and Lokesh Rahul and Mayank Agarwal look in good form. Somehow though they haven't been able to come up with the consistency India T20 Cricket demands.