Australia beat Ireland by 42 runs in match number 31 of the ICC Men’s T20 World Cup 2022 at the Gabba in Brisbane on Monday, October 31. Batting first after losing the toss in the Group 1 Super 12 game, the Aussies posted an impressive 179 for 5 on the board in their 20 overs. Aaron Finch led from the front with 63 off 44 balls, while Marcus Stoinis contributed 35 in 25 balls. In response, Ireland were held to 137 all out in 18.1 overs.

Batting first, the Aussies lost David Warner early again. He fell to Barry McCarthy for 3. Finch and Mitchell Marsh (22 off 28) then added 52 runs for the second wicket. Just as the latter was beginning to look dangerous, he perished to McCarthy, flashing hard at one outside the off-stump. Glenn Maxwell was next to go for 13 off 9. He was also caught behind of Josh Little.

Finch and Stoinis then added 70 runs for the fourth wicket. The stand was broken when Finch became McCarthy’s third victim. His knock of 63 included five fours and three sixes. Stoinis also fell to Little in the penultimate over, having struck three fours and a six. McCarthy finished with 3/29 for Ireland, while Little claimed 2/21. 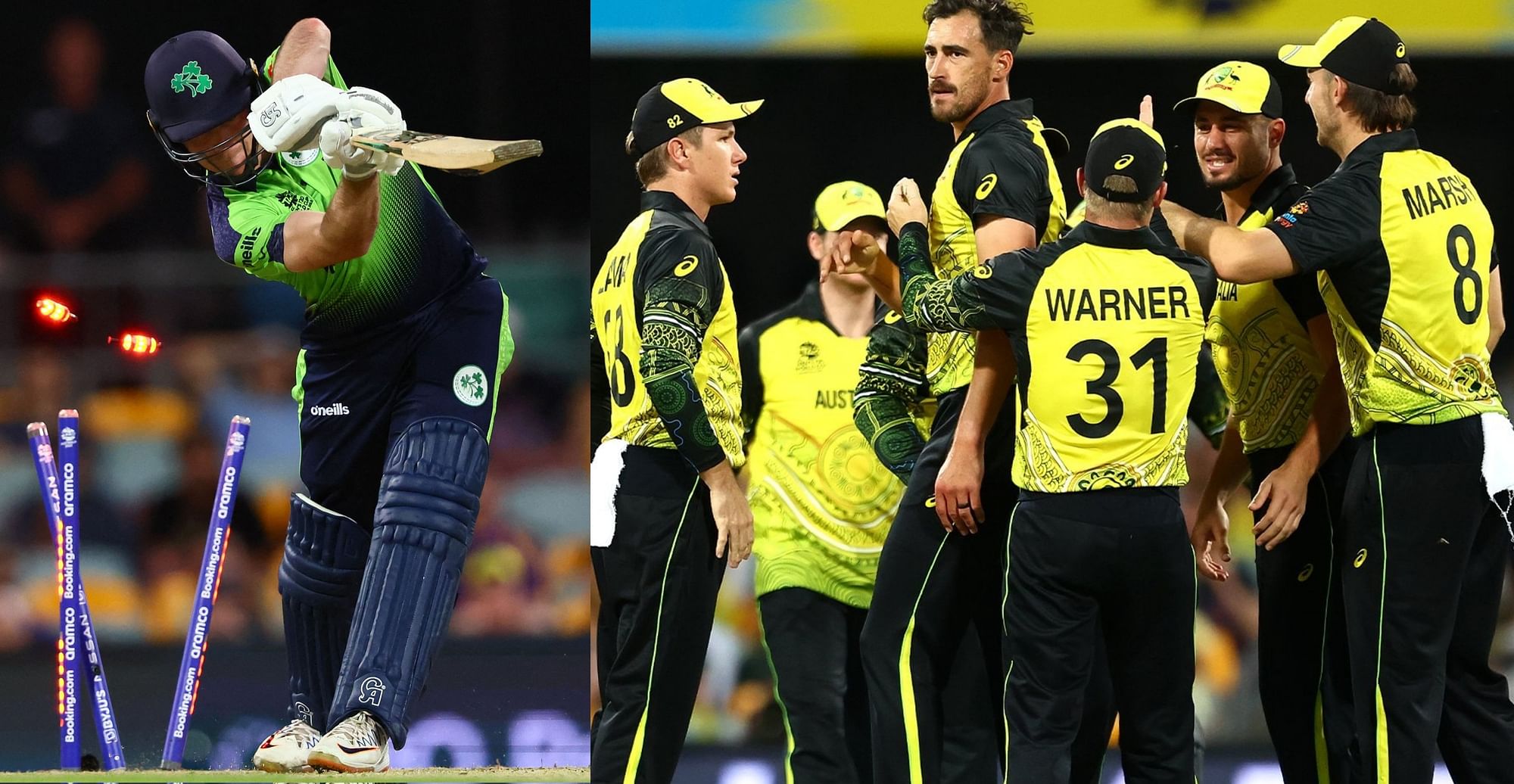 In response, Ireland crumbled to 25 for 5 in four overs. Skipper Andrew Balbirnie was bowled by Pat Cummins for 6, while Paul Stirling (11) and Harry Tector (6) both were dismissed by Maxwell in the same over. Curtis Campher and George Dockrell were then bowled for ducks by Mitchell Starc as Ireland lost half their side for 25.

Lorcan Tucker scored an unbeaten 71 off 48 balls, hitting nine fours and a six. At the other end, Gareth Delany fell to Stoinis for 14, while Mark Adair (11) and Fionn Hand (6) were taken out by Adam Zampa. The game came to an end when Little (1) was run out trying to give the strike to Tucker.

Reflecting on the win, Australian captain and Player of the Match Finch said, “It was a good performance. Getting 180 was a decent score on that wicket. We knew we had to lay the foundation early and couldn't risk being 4-5 down. Just a little bit of hammy tightness, he (Tim David) sat out as a precaution. It is nice when it works like that (not opening with Starc), doesn't always work but there's a lot of time and planning that goes into it.”