Australia went into the third Test at Adelaide under extreme pressure, facing their second whitewash in a row, having been blanked 3-0 in Sri Lanka

Australia went into the third Test at Adelaide under extreme pressure, facing their second whitewash in a row, having been blanked 3-0 in Sri Lanka. The fact that they handed debuts to three men – Peter Handscomb, Matt Renshaw and Nic Maddinson – proves how desperate they were to avoid another defeat. There was also a recall for Matthew Wade behind the stumps, and fast bowler Jackson Bird. A couple among the debutants and recalled players did decently, and while there was no exceptional performance from any of them, the fact that Australia ended up winning the dead rubber means that the move did work in a way.

The backbone of Australia’s win was undoubtedly the performance of their bowlers in both the innings. They never allowed the South African batsmen to dominate, like they had done in the first two Tests, and that was the significant difference this time. Josh Hazlewood was brilliant on the opening day with his four scalps, which broke the back of the Proteas batting line up. In the second innings, Mitchell Starc raised his game to claim four scalps while Nathan Lyon finally chipped in with three wickets. It was the kind of bowling performance, Australia had been expecting all the time. 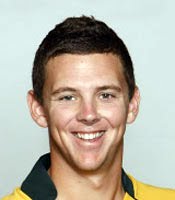 Australia’s batting in the first innings was also instrumental in them moving away from the South Africans. Usman Khawaja continued his impressive series with a brilliant 145 to set up Australia’s response to South Africa’s below-par first innings total of 259. Khawaja ensured Australia’s batting did not falter this time round. There were good support acts from a few of the others as well. Skipper Steven Smith chipped in with 59 while debutant Handscomb made a crucial 54. Towards the end, Starc also contributed 53. It was the innings that gave Australia the extra cushion.

South Africa did end up winning the series, but they will be disappointed at missing out on a rare opportunity to whitewash the Aussies. It was their batting which let them down. There were only two good batting performances across the two Tests. Skipper Faf du Plessis led from the front with an unbeaten 118 in the first innings. But, it was a one-man show as no other reached fifty. South Africa had a chance to resurrect themselves a second time round, but they again failed as this time Stephan Cook made a hundred while the others struggled. The Proteas needed to do more.

South Africa have been heavily dependent on their batsmen in this series. They failed for the first time, and it resulted in a defeat. Everyone from Dean Elgar to Hashim Amla and JP Duminy to Temba Bavuma, their stars in the first two Tests, experienced twin failures and South Africa could not recover. Their bowlers also could not make much of an impact, with a small total to defend. Vernon Philander, Kagiso Rabada and Kyle Abbott tried hard, but they had a bit too much to do. Tabraiz Shamsi also had a tough initiation in Test cricket, which did not help matters.