Chennai Super Kings suffered what could be there worst ever defeat in the IPL after they were bundled out for a shocking 79 by the Mumbai Indians at the Wankhede Stadium. Chennai needed a modest target of 140 but were pegged back by a terrific spell from Mitchell Johnson with the new ball.

Chennai Super Kings suffered what could be there worst ever defeat in the IPL after they were bundled out for a shocking 79 by the Mumbai Indians at the Wankhede Stadium. Chennai needed a modest target of 140 but were pegged back by a terrific spell from Mitchell Johnson with the new ball. Mumbai Indians went onto win by 60 runs to collect their 7th victory in 11 games. Chennai Super Kings despite this terrible defeat are still the table toppers losing only three games in 12 matches.

Mumbai Indians batting first had a steady start of 40 in 6.5 overs before Sachin Tendulkar showed yet again that he is no longer good enough at this level. Tendulkar (15 from 18 balls) was lbw to Jadeja playing right across the line. Dwayne Smith who seemed to be motivated by Tendulkar’s slow batting threw his wicket after consuming 24 balls for 22 when his miscued pull was caught by the bowler Bravo.

Kieron Pollard lasted only three balls before he holed out to long on off Jadeja and the same bowler got Dinesh Karthik (23 from 23 balls) caught sweeping in the deep to leave the Mumbai Indians at 66 for 4 in the 12th over. R Ashwin provided the next wicket when he bowled Rayudu to have the hosts at 82 for 5 in 15.1 overs.

Mumbai Indians were not looking good to even get 120 but with Rohit Sharma still there and with Harbhajan Singh around, the hosts went onto reach 139 for 5. Rohit scored a responsible knock of 39* from 30 balls while Harbhajan clubbed 25* from 11 balls with two fours and two sixes. For CSK, Jadeja who opened the bowling got 3 for 29. 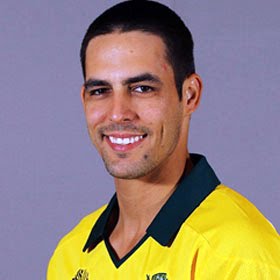 Chennai Super Kings lost their first wicket in the form of Murali Vijay in the 3rd over when he dragged a drive off Johnson onto his stumps. Johnson was unlucky not to get Hussey out early as Pollard at backward point dropped him thrice in consecutive deliveries! Pollard made up for that by coming up with a forward diving catch to help Johnson dismiss Suresh Raina for a first ball duck. Johnson came up with a late inswinger to trap Badrinath lbw to make it 9 for 3.

By the 4th over, CSK lost Dwayne Bravo who was caught playing an uppish backfoot drive off left-arm pacer Pawan Suyal. With the addition of six more runs, CSK lost Ashwin (bowled by Harbhajan in an attempted late cut) and Michael Hussey (22, who slog swept Ojha into the hands of deep mid wicket). At 40 for 6 in the 10th over, the match was secured by Mumbai Indians although CSK had the pair of MS Dhoni and Ravindra Jadeja in the middle. Dhoni flopped for once, holing out a big shot off Ojha to long off to make it a disastrous 52 for 7.

It didn’t take too long for Mumbai Indians to wrap up things with Lasith Malinga striking twice in an over. Ravindra Jadeja chipped in with a 16-ball 20 before being the last man out in the 16th over. Johnson and Ojha claimed three wickets each. Harbhajan Singh with the batting side under pressure bowled out his 4 overs for just 13 runs!

Toss and Teams: Hosts Mumbai Indians have won the toss and elected to bat first against the Chennai Super Kings at the Wankhede Stadium. CSK have brought in Ben Laughlin in the place of Albie Morkel.