Afghanistan might have lost its warm-up match against West Indies by a huge margin but once again has done enough to gain respect from the cricketing world.

Afghanistan might have lost its warm-up match against West Indies by a huge margin but once again has done enough to gain respect from the cricketing world. 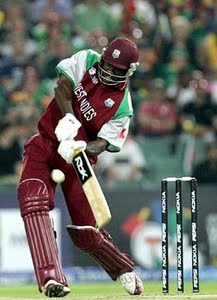 At the P Sara Oval in Colombo, Afghanistan batting first after winning the toss put up a low but respectable total for its standards of 122 for 7 in 20 overs. Middle order batsman Asghar Stanikzai played the sheet anchor role for the minnows with his 53 (from 50 balls with 5 fours and 2 sixes). The rest of the batsmen failed to get going for the Afghans.

The West Indies bowling had Fidel Edwards taking 3 for 24 in 4 overs. Mystery spinner Sunil Narine produced figures of 4-0-23-2 while Ravi Rampaul came up with 4-0-26-1. The West Indies then eased to the target in 15.5 overs losing just the two wickets. Chris Gayle showed his good form once again, this time scoring an unbeaten 65 from 48 balls with 5 fours and 4 sixes. Off spinner Mohammad Nabi bowled well for Afghanistan with his 4-0-29-2.