The International Cricket Council has come out in support of Kumara Dharmasena, the elite ICC umpire from Sri Lanka, for his controversial decision in the final game of the recently concluded Cricket World Cup. The Umpire had mistakenly awarded 6 overthrow runs to England, instead of 5. 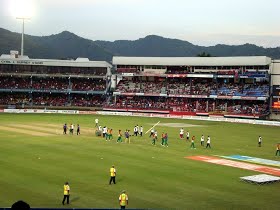 ICC has made its stand clear regarding the controversial incident for the first time since the end of the Cricket World Cup. They have stated that the correct process was followed to make that decision on July 14, at Lord’s. If we look at the Cricket World Cup odds, England were the favourites going into that match, with odds of 2-7. New Zealand on the other hand were being offered at 11-4. The match went down to the wire and no one could have predicted that England would be declared the winner on account of boundaries in the end.

How it happened and what now?

On the fourth ball of the final over of the innings, a throw from Martin Guptill, the New Zealand fielder, deflected off Ben Stokes’ bat and the ball ran to the boundary. The English side were awarded six runs for that ball, which allowed them to tie the game, and take it to the Super Over, which also was a tie, and then England were declared the winner on account of the number of boundaries.

Going by the TV replays, Stokes and Rashid had not actually crossed for the second run at the time when Guptill threw the ball, implying that no more than five runs should have been awarded to the batting side. But, the on field umpires, Marais Erasmus and Dharmasena gave six runs to England, 4 for the boundary and 2 for running between the wickets.

Talking to ESPNCricinfo, Geoff Allardice, the general manager of cricket at ICC said, “They (on-field umpires) had to make a judgement call on the day as to whether the batsmen had crossed when the throw was released. After everything that went on during that delivery, they got together over their comm system and made their decision. They certainly follow the right process when making the decision.” 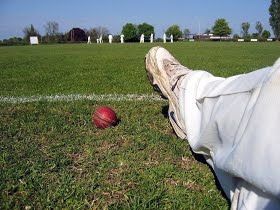 He further stressed that the playing conditions were such that there was no need for the match referee or third umpire to intervene. The umpires were well aware of the law at the time of making that judgement whether the two English batsmen had crossed or not.

Allardice also informed that the final match would be thoroughly studied in entirety by the ICC’s Cricket committee, led by Anil Kumble, the former captain of the Indian cricket team. However, the panel will not meet before the first quarter of 2020.

When asked at the ICC Annual Conference in London recently if New Zealand and England should have shared the World Cup trophy after the game was tied twice, Allardice emphasised the importance of having one world champion, something that has been the consistent view of the ICC all along.