The Kolkata Knight Riders (KKR) will take on the Punjab Kings (PBKS) in match number eight of the Indian Premier League (IPL) at the Wankhede Stadium in Mumbai on Friday. The match will be an evening game and hence will begin at 7:30 PM IST. KKR have played two matches so far, winning one and losing one. They began IPL 2022 by tasting a memorable six-wicket win over defending champions Chennai Super Kings (CSK)

Kolkata’s batting let them down in the second match. Even though they fought hard with the ball, they could not prevent a three-wicket loss to the Royal Challengers Bangalore (RCB). As such they will be keen to get back to winning ways. Speaking of Punjab Kings (PBKS), they began the IPL 2022 on a memorable note. After conceding 200-plus against RCB, they chased down the total courtesy some excellent batting all round. KKR won’t be an easy opposition though.

There won’t be too many changes in the Kolkata batting line-up despite team’s loss in the previous game. Ajinkya Rahane and Venkatesh Iyer should continue to open the innings though the franchise would hope for runs from the latter. Sam Billings has been a good addition to KKR in the middle-order while Umesh Yadav has excelled with the ball. Once again, they would be concern over the fitness of Andre Russell as he again got injured during the last game 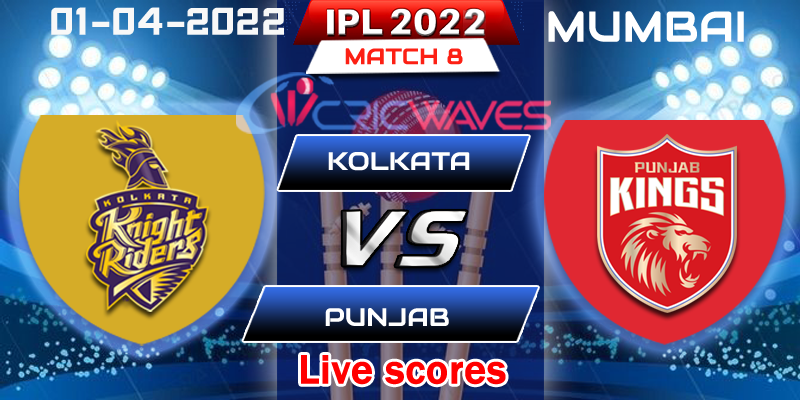 PBKS are likely to retain the winning combination. Mayank Agarwal and Shikhar Dhawan looked good at the top, Bhanuka Rajapaksa controlled the middle overs before Shahrukh Khan and Odean Smith did the finishing job. PBKS would like runs from Liam Livingstone though