The last time Kolkata and Delhi met at the Feroz Shah Kotla, it was a pulsating encounter. The match went all the way

The last time Kolkata and Delhi met at the Feroz Shah Kotla, it was a pulsating encounter. The match went all the way down to the wire and it needed the heroics of Kagiso Rabada to stop Andre Russell's exploits in the Super Over.

Since that game, the fortunes of both the teams have taken contrasting paths. While Kolkata has recovered well to post a few impressive victories -- they now have eight points from six games -- Delhi's success ratio has nosedived. They haven't really been able to build on individual brilliance. 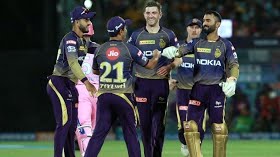 Despite their impressive record, Kolkata season has been all about Andre Russell. That the big-hitter has been in unbelievably good form is an understatement. Average of 128 with a strike rate of 212 is something some people can only dream of. If Delhi can get rid of him early, that would be half the battle won.

At various points in the season, Shreyas Iyer, Prithvi Shaw, Rishabh Pant and Rabada have delivered. However, Shikhar Dhawan has been a big disappointment. No doubt there is some impressive personnel in Delhi camp, but as a unit, they have constantly failed.

The match will also bring into focus Sourav Ganguly for a different reason. The son of Kolkata is now an adviser for Delhi Capitals. There is a conflict-of-interest controversy hanging over his head as he is also the CAB President. That adds another fascinating subplot to the contest.