England have leveled the 3-T20I Series 1-1 with a terrific 38-run victory in the Second match at Dubai! It was a superb fielding effort from England that helped them to down the Pakistanis. The cricketing proverb – ‘Catches win Matches’ was proven by England as its fielders held onto some of the sharpest catches both in the infield and in the outfield.

Pakistan needing 151 to win from 20 overs were off to a dismal start at 2 for 2 in 1.2 overs and could never quite recover. They slipped from 32 for 4 to 98 for 7 in the 16th over to leave England right on top. There was a mini hiccup for England in the middle overs when youngster Hammad Azam, coming in at no.8 batted beautifully for his 21 from 15 balls (with 3 fours and a six) before he got caught at long off in the 16th over.

Shahid Afridi remained as Pakistan’s hope for a victory and although he got off to a good start to his innings, he struggled to put away the ball towards the end. Afridi scored 25 from 23 balls with 2 fours and a six, and was the last man to be dismissed with Pakistan bowled out for 112 in 18.2 overs. 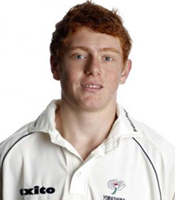 The pick of the bowlers for England was off spinner Graeme Swann who took 2 for 17 in 4 overs. Steven Finn went for 30 runs in 3 overs but managed to take three wickets while Skipper Stuart Broad did well for his 2 for 12. Jonny Bairstwon for his wonderful batting and two lovely catches in the outfield got the Man of the Match award.

England Innings: England have reached a highly competitive total of 150 for 7 in the Second T20I at Dubai on a pitch that appeared to be tired. No.5 Jonny Bairstow was hugely responsible for England’s decent total. The 22-year-old who has hardly played any international cricket for England batted brilliantly to score an unbeaten 60 from 46 balls with 5 fours and 2 sixes. This is only the first T20I fifty for Bairstow.

England struggled at the top of the order at 49 for 3 but a crucial knock of 31 (from 24 balls with 2 fours and a six) by opener Craig Kieswetter ensured them of some momentum in the first 10 overs of the innings. For the Pakistanis, Saeed Ajmal was the best of the bowlers with 1 for 20 in 4 overs which included the big wicket of opener Kevin Pietersen.

Toss and Teams: England have won the toss and elected to bat first in the Second T20I at the Dubai International Cricket Stadium. Trailing 0-1 in the 3-match series, England have retained the same team that had lost the first match at this same venue. Pakistan have made one change with Aizaz Cheema replacing Junaid Khan.

The pitch could be on the slower side and should assist the spinners like in the previous game. There will be reverse swing on offer although each innings are of just 20 overs as the pitch is of an abrasive nature.